The nursing assistant programs located in Clovis, New Mexico on this page are all all the certified training classes that are being offered as of the making of this post. For more information, please contact the school phone number below.

If you want to work as a nursing aide in New Mexico, then you must first complete a CNA training program. You have to make sure that the program is approved by the state of New Mexico. To find out if it is state-approved or not, you should look for the approval of the New Mexico Human Services Department. After completing a program, you can then try to apply for the nursing aide license exams to be eligible to be listed on the state registry. 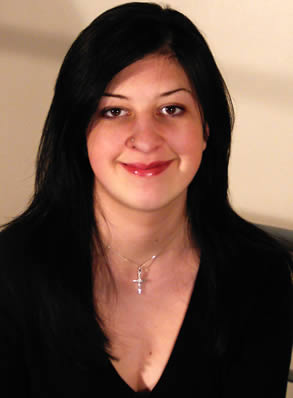 A CNA certification is a requirement before a person is able to work as a nursing aide in the state of New Mexico. In order to get one, the nursing aide candidate must be able to pass all the tests in the New Mexico Nurse Aide Competency Evaluation Program or NACEP.

The exams for this state are handled by Prometric, which is an independent testing company that was contracted by the state’s Human Services Department.  Their exams are composed of a written and a return demonstration on the basic nursing skills that were taught during training. The first part of the exams is the written portion, this exam can also be replaced with an oral exam if the applicant requests it during the submission of his application forms. A sample test on the written portion can be downloaded by following this link: https://www.prometric.com/en-us/clients/Nurseaide/Documents/New%20Mexico/NMNAReadingAssessment20110516.pdf.

On the official Prometric website, there is also a list that contains the general instructions that the candidates should follow during the clinical skills test. Before the start the 2nd part of the exams, the candidate will also be given this information on a sheet by his assigned nurse aide evaluator. Out of all the nursing skills that were taught during the training, only a few will be randomly selected and asked to be performed.

After passing all the tests, the candidate’s name will automatically be entered on the Nurse Aide Registry, and he will be given a CNA license. The nursing aide licenses in this state are only valid up to 2 years. This license must be renewed before then in order to remain eligible for work as a nursing aide. One of the requirements is that the candidate must have worked for a minimum of 8 hours within the past 24 consecutive months.

This city is the county seat of Curry County. It can be found in the eastern part of the state. Clovis is well known for its early rock music history and is also a well-known agricultural community. It was originally known as Riley’s Switch, but was then renamed into Clovis, who was the first Catholic king of the Franks. According to the census of 2010, their total population was around 37,775 people. They have a total area of approximately 22.5 sq miles and a population density of 1,458.9/sq mile.