You can find nursing assistant training classes that are open in the city of Red Wing, Minnesota listed below. These are the programs that have been endorsed by the state registry and are available as of the making of this page. For any questions about eligibility, please call the number provided below.

The nursing assistant training programs located in the city are open to anyone who want to be nurse aide in the state. But before they can enroll, they will have to apply to the program. They will be routine background checks on criminal records as well as health records like immunizations and previous hospitalizations. Once you pass, you can then enter the program. After the program, you can apply for the state exams to get your license when you pass the exams. 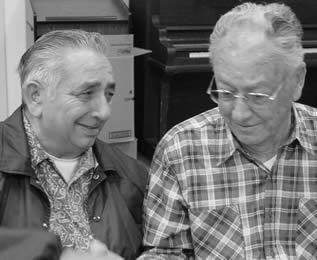 There are different requirements to be allowed to work as a nursing aide in the State of Minnesota depending on your education and background:
1.    One are those who were able to complete a certified NA training program, pass the competency examinations, and get their names entered on the state’s NA Registry.
2.    Another is those who are currently working as a nursing assistant in a licensed facility but is not on the Registry. This is only allowed if the hired individual is going to enroll in a training program and pass the license exams within 4 months.
3.    Those who were able to complete the training program and pass the competency exams but are currently not on the Registry are still allowed to work. All they have to do is to send in their applications to the Registry and wait for about 4 weeks for their name to be added on the list.

For more information about becoming certified to work you can contact the  Minnesota Department of Health at 651-215-8705. They are open from 9:00 AM to 3:00 PM Monday thru Friday.

The facilities who hired individuals to work as a nursing assistant despite them not being on the Registry will have to take the liability for them. They should also remember that having passing scores for a competency exams is not a guarantee that the individual will be on the Registry. The facility must still call the Registry in order to confirm about the CNAs status.

The city of Red Wing is the county seat of Goodhue County. It is located on the Mississippi River. According to the census of 2010, their total population had reached up to a total of 16,459 residents. It has a population density of 455.3/sq mile. The city of Red Wing has a total area of approximately 41.4 sq miles, where 6 square miles of it is water. Major highways that are accessible from the city include U.S. Routes 63, 61, and State Highways 58, and 19.