The nursing assistant classes in State Island, New York that are open for enrollment are listed below. By enrolling in a course that has met the approval of the state you will be allowed to continue on to the certification exams upon finishing. Call the facility to speak with a coordinator to learn about their sign-up procedures.

To work as a nursing aide in the state of New York, one will need to gain entry into the NYSNAR. When filling out the application form, there will be a section in the form that will ask you what certification route you are going to pursue. Make sure that you are eligible for the route that you select. 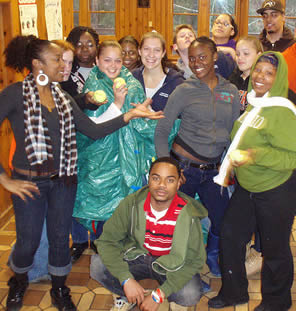 One of the routes in the application form (Route 6) is for those individuals who already completed a NYSDOH-approved CNA program on or after July 1, 1989 but whose certification has expired. A certification is considered expired if the holder has failed to work as a nursing aide for at least 7 hours within the last 24 consecutive months at an approved healthcare facility.

Those who are applying through this route will need to take retake the clinical skills test and the written exams. No additional training is required. Like other candidates, they may also ask for an oral exam or additional consideration in taking the exams if they need it. They will need to provide the letter of request on the date that they submitted their application form. Since they were already entered on the Registry, they must place their license number on the appropriate field on the application form.

Another route on the application form is reserved for individuals who currently have an expired license and was acquired through Waving, Reciprocity, Deeming, or if they completed their training before July 1 of 1989. Individual that are applying through this route will need to retrain first in a state-approved program before they are allowed to take the tests.

Like other applicants, those that are applying through the routes mentioned above are given three attempts to pass the clinical skills test and another three attempts to pass either the Written or Oral exam. These individual must pass all the required tests within a two-year period from the date the application form was submitted.

This is one of New York’s boroughs. You can find this borough in the southwestern portion of the city. It is also a part of Richmond County, which is the southernmost county in the state. This area was originally settled back in 1661. It has a total area of approximately 102.50 sq miles. According to the 2010 census, their total population had reached up to 468,730 people. It has a population density of 8,163.1/sq mile.