The ability of the heart to pump blood out of the heart towards the body is called the cardiac function. It can be measured by means of listening to the apical pulse, which refers to the pulsation that is located at the apex of the heart. For a person who is healthy, the heart can be located wherein the apex is in the left portion of the chest that points down and towards the left. This is otherwise known as the PMI or the point of maximum impulse.

The evaluation of the apical pulse is the most reliable non-invasive means of assessing the cardiac function. For every pulsation that you will hear, it is the combined two sounds called the S1 and S2. 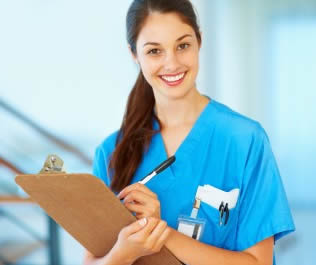 Below are the steps when measuring the apical pulse:

1. Feel the first rib by looking for the clavicle or collarbone. This can be felt on the top of the rib cage. The first rib is the one that can be felt directly below the clavicle. The space in the middle of the two ribs refers to the intercostal space.

3. Draw an imaginary line running from the middle of clavicle on the left side through the nipple and this is referred as the mid-clavicular line. The apical pulse can be felt and heard at the intersection of 5th intercostal space and mid-clavicular line.

5. Position the diaphragm of the stethoscope on the area where the apical pulse is found. Instruct the person to normally breathe. A lub-dub sound can be heard and this is considered to be a single beat.

6. Count the total number of lub-dub that can be heard over one minute period. This will determine the apical pulse rate. A watch with a second-hand is used in counting the apical pulse.

How to Record the apical pulse rate and determine if it falls to the normal range: